It'll Stick In Your Head

The Falling Knife Brewing Company features 16 taps that run a wide range of styles to suit any tastes. 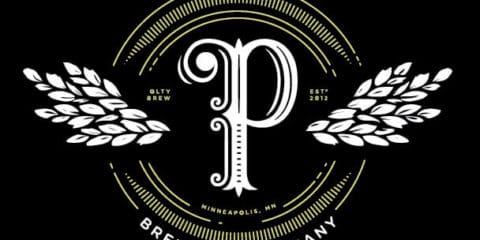 A Brewery Taproom On The Banks Of The Mississippi River

Starting with IPA and expanding from there, Pryes Brewing is pushing into new territory with their beer offerings.

Easy drinking beers with plenty of variety to choose from. With plenty of taps, there’s sure to be something that appeals to every drinker.

There may be plenty of breweries in NE Minneapolis, but Broken Clock Brewing is just the 2nd co-op brewery.

Another brewer outgrows the old NorthGate Brewing spot and heads out on their own!

There are plenty of breweries in NE Minneapolis, but how many plan to one day malt their own grain? Welcome to Able Seedhouse + Brewery.

While we love our breweries to be local, that doesn’t mean they can’t take inspiration from elsewhere. If you’re looking for globally inspired beers, Insight Brewing is the stop.

A unique look at classic German-inspired beer styles, skewed slightly by a sense of play and adventure.

Looking for the coolest warehouse and the biggest and best taproom patio currently out there?  Look no further than Bauhaus Brew Labs.

Located on the corner of Broadway St. and Central Ave NE, 612Brew has a big, open taproom to enjoy their brews in.  With several year-round beers on tap (including the taproom only Zero Hour) plus rotating seasonal brews, there is sure to be something for everyone on tap.

Dangerous Man Brewing serves up a constantly changing selection of brews in their NE taproom.  Filled with interesting wall art and interesting people, it’s a great spot to stop and grab a brew.

Minnesota’s first brewery co-op and it’s right here in NE Minneapolis. Tons on tap and always something new and interesting to try.

Come on, let’s have fun together.

Located in the Solar Arts building, Indeed Brewing has  great taproom filled with a welcoming wood bar, tables, chairs and booths.  Their 2 year-round beers are companied by a number of seasonal brew in addition to a cask ale or two and generally an infusion.  Select from 10oz, 16oz, or 20oz pours for a glass that matches your thirst (some seasonals are not available in larger pours).